Call to book an install

Features - What Does the Autowatch Ghost 2 Do?

Undetectable by any RF pick up devices

The Autowatch Ghost transmits no signals or radio frequency, meaning unlike Trackers, it can't be located with a thieves typical RF signal receiver which will pulse and navigate the thief towards the location a tracker is located. Once located, the thief can remove this tracker which leaves the vehicles chances of ever being located, very slim. The sheer size of the Ghost Immobiliser, the fact it has no relay so allows complete silent operation, and the way it's installed by Ghost trained technicians, ensures nobody but the person who installed it, could ever find where it was located or see any visible signs of the vehicle ever having it installed.

When a Autowatch Ghost installation is undertaken by a regulated & verified official Autowatch dealer, like ourselves; Autowatch will honour a full comprehensive 2 year warranty on the product. This would cover the product and offer an instant replacement, in the unlikely event of any issues arising with the Ghost unit itself.

The Autowatch Ghost can prevent theft of a motor vehicle through modern day key cloning. Should your vehicle be in somebody's possession for work, and somebody on the inside in a dealership, bodyshop, or service garage clones your key, you have nothing to worry about when you have a Ghost fitted. Having a cloned key will merely allow the thief to open up your vehicle, but upon trying to start the vehicle, the vehicle will cut out on any attempt of a start without correct PIN input. 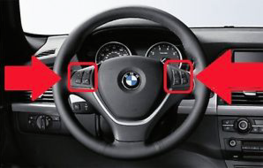 Prevent thieves making off with your vehicle during car jacking

The terrifying video here (click on the picture to see the actual video) illustrates what some thieves have resorted too, when stealing high end expensive performance cars. This Bentley Bentayga, worth around £200k, can be seen stationary at a set of lights when axe wielding thieves run up to the vehicle and smash the window, in an attempt to steal the vehicle. You may think what can the Ghost do in this scenario, as the Ghost immobiliser is technically disarmed as the vehicle is on and running. Well, this is where it gets clever. The Ghost has a mode which can be programmed for customers called Anti-Hijack. It is automatically activated when the driver starts their vehicle by entering their PIN combination. If at any point, the drivers door opens without the brake pedal being pressed continuously during the open period, the anti hijack routine will commence. When the door is closed, and the car is driven some distance (normally around 300m), the signals will flash to alert the driver that they must input in their PIN to cancel the anti-hijack routine. Should the PIN not be entered within the following call up requests, as soon as the vehicle hits 0mph, the engine will stall/lock the gearbox or sound the horn/flash the headlamps or hazard lights depending on vehicle make & model.

A Mercedes Benz C Class 2017 plate which was stolen in under 90 seconds without the keys, recently made head lines (click on the picture to see the actual video). As manufactures design new vehicles with wireless key fobs, which replace a physical key being placed into the ignition barrel of a car - thieves have moved with the times and can now use relay boxes to receive a signal from the car key inside the property - which can be picked up through walls, doors and windows - and then transfer the signal to a second box next to the car. The vehicle's systems are then tricked into thinking that the key is present, subsequently unlocking it & allowing it to start. As the Ghost Immobiliser does not allow the vehicle to start, even with the relay box fooling the car into thinking a key is present, until the correct PIN code is entered, an Autowatch Ghost in this very scenario, could have prevented this vehicle being stolen, which is still outstanding and still to be found till this very day. 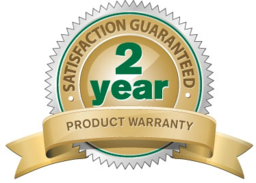 Change your PIN easily and as many times as you wish..

During a handover after an installation of an Autowatch Ghost, each customer will be familiarised with the Pin entering process on what we call a default PIN. This would usually be something easy to remember such as 4 clicks of the volume button. The customer would then be walked through the PIN changing process, allowing them to change our default PIN to something more desirable to them. This PIN could then be changed at any given point by our customer through the same steps that we would have demonstrated during handover. In addition, manuals and documentation are provided to the customer should they forget the process or be unfamiliar with it. 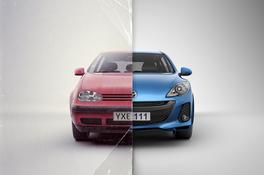 What is a Autowatch Ghost II Immobiliser?

​Autowatch Ghost is revolutionary new product that has hit the market which combats vehicle theft by car criminals of the 21st century. The Ghost is a small device which is fitted by authorised installers to a wide range of vehicle makes & models. Once fitted, the Ghost automatically arms within 3 or 30 seconds (dependant on vehicle) of the ignition being off on a vehicle, and remains armed until a user enters in a specific PIN (between 4 - 20 button clicks long). What makes this product great is it's ability to work with the vehicles existing interface, such as the steering wheel control buttons, buttons on the drivers side door card and buttons within the centre console, meaning it's almost impossible to ever guess the combination of buttons required to de-arm the Ghost. The Ghost is a 21st century stealth immobiliser which runs totally independent of a vehicles factory fitted alarm, tracker or any other fitted security devices. As the Ghost is designed to work in harmony with your vehicle, the Ghost has no additional fob, no additional remote and no visible signs of it ever being installed into a vehicle - which gives it it's unique name, Ghost. ​

Now TASSA verified (Tracker & Aftermarket Security System Association) and recognised by some insurance companies as a verified form of security from the 1st of April 2020. 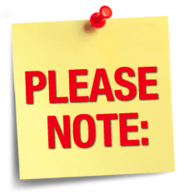 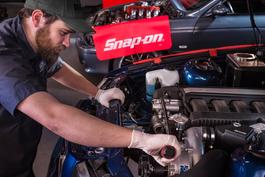 During a handover after an installation of an Autowatch Ghost, each customer is handed a specific starter pack. The unique starter pack contains some documentation specific to the kit installed of an emergency backup code, should the original code be forgotten for any reason, or the buttons used as part of a PIN fail in operation. 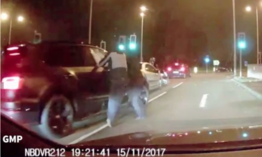 £449 - Simple. This is all you pay for an installation fully supplied & fitted. This price is set by Autowatch, meaning no matter your location or vehicle, the price & service you will receive will be same as somebody else across the border. Unlike a tracker, you do not require to pay monthly fee's in addition to an installation. The Autowatch Ghost will prevent your vehicle from being stolen in the first place whereas a tracker will try and help a customer and police get a stolen vehicle back. Personally, we would be in the frame of mind to not want a stolen vehicle back anyway, so any deterrent such as the Ghost which can prevent the vehicle from leaving a customers driveway in the first place, is for us, the ultimately security for any vehicle.

Disarm your Ghost Immobiliser, without PIN entry, via bluetooth..

Now Free, the Autowatch Ghost application can be downloaded from the Apple App Store & Google Play Store. Once downloaded, to ensure maximum security, the user follows a PIN learning process where the app is securely via a unique code connected to your Ghost Immobiliser. By using low energy bluetooth, a customer can enjoy an encrypted connection taking place between their smart phone & the Autowatch Ghost Immobiliser, everytime they enter their vehicle. This means without doing anything or even pressing in their PIN combination, the Ghost Immobiliser will dis-arm and allow the vehicle to be started almost immediately as soon as the bluetooth connection from the assigned smart phone is picked up, allowing for a customer to simply get into their vehicle and drive away. 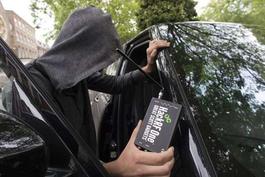 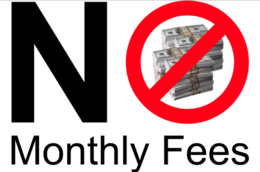 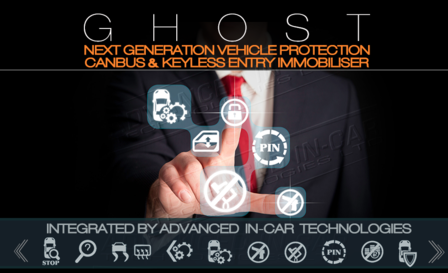 The Autowatch Ghost can prevent theft of a motor vehicle through OBD port hacking. With traditional techniques used to gain entry into a vehicle such as breaking the window in a way that doesn't set off the ultrasonic alarm sensor, modern day thieves can use the easily accessible OBD (On Board Diagnostics) port to connect up a laptop where they will proceed to disable the vehicles immobiliser, de-activate the alarm, code new keys and then drive the vehicle off the driveway as if it was their own, all within less than two minutes.

The Ghost immobiliser, due to the clever & unique way it sits on the CAN network of a vehicle, can't be picked up by ANY vehicle diagnostic tools, and will repeatedly block the vehicle from starting without correct PIN input. 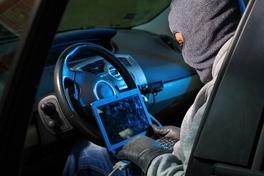 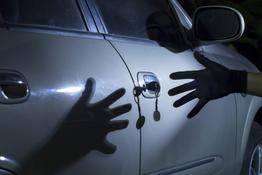 Certain features such as anti-hijack, auto wing mirror folding, disable start/stop, automatic sunroof closure from key and various others, are all vehicle specific options which we can turn on when a Ghost Installation takes place. Please note, not every vehicle is applicable to have these features, and if you are in any doubt of which features can and can not be enabled on your vehicle, please get in touch.

Every vehicle that has a Ghost Immobiliser installation, has a service/valet mode. This button differs in every vehicle, however all customers are shown the location of this button prior to handover. This means when a vehicle goes in for a service, M.O.T, inspection or any maintenance work, a customer can enable this feature. Once enabled & verified by your set PIN combination, the Ghost effectively becomes invisible, as if it was not there. It allows the car to be freely moved around, started and stopped as many times as needed, without the valid PIN combination. The Ghost will be forced out of service mode in either one of two ways -

Every time the Ghost reads a speed of 0mph, it resets until the trigger speed is reached again. This means 99% of the time even on substantial test drives by technicians/mechanics, service mode is suitable for the intended purpose.

Fully Transferable from your old car to your new car

The Autowatch Ghost Immobiliser can be easily removed and transferred from your old vehicle to your new vehicle, should you change cars during the lifetime of owning an Autowatch Ghost product. This is providing the customers new vehicle is compatible firstly and that  secondly, technology developments in that period between your old and new vehicle haven't rendered newer cars to have larger datapacks which can only be fitted onto larger memory Ghost units.

For a small labour charge, we will professionally un-install the product from your old vehicle, re-flash the Ghost for your new vehicle, and have it neatly, discreetly, and professionally installed into this vehicle to allow it to carry on protecting your vehicles.